If you’ve followed some of our history, you may recall that Perry Office Plus traces its roots to American Printing, founded in Temple in 1920 by A.D. Baggett and R.E. Miller.

But by 1936, Miller and Baggett had become competitors.

Miller left American Printing to open his own printing firm, Miller Printing Company, which he operated with his wife Mayme, and his son Raymond, Jr. 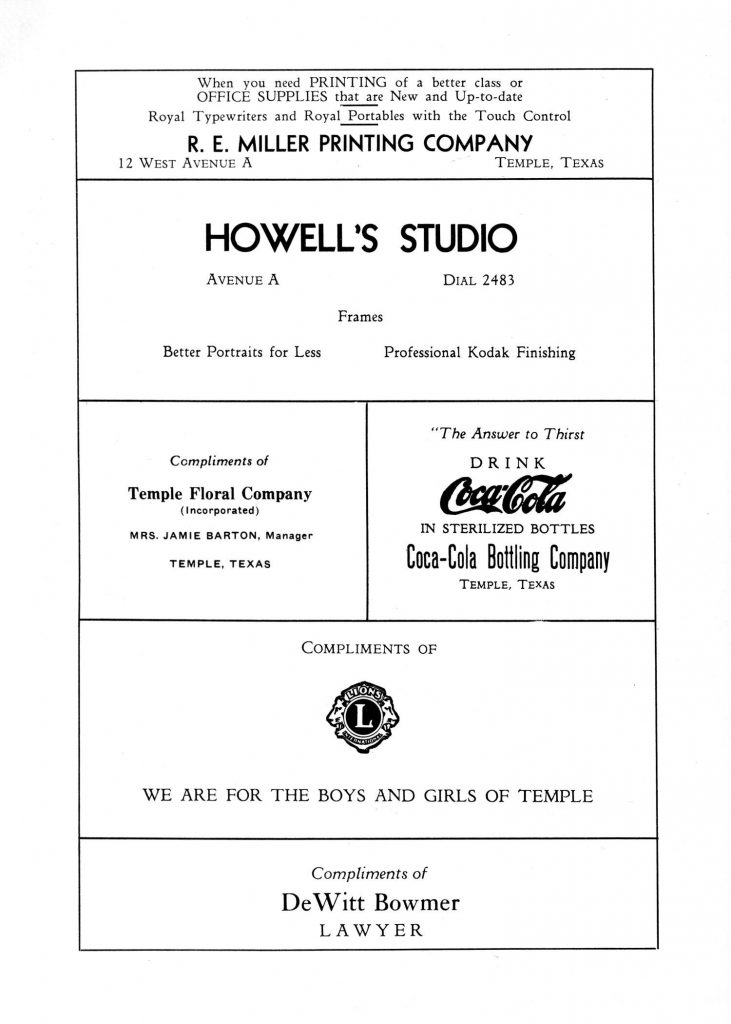 This Miller Printing ad in the Temple High School Yearbook refers to the quality of his printing as “better”, suggesting his commitment to a finished product.

In our research, there’s a very subtle subtext that emerges.

It seems that Miller was very much focused on the art and science of printing, while Baggett was, perhaps, the more business-minded of the two. We could speculate the two had a difference of opinion along those lines, but we’ll likely never know. 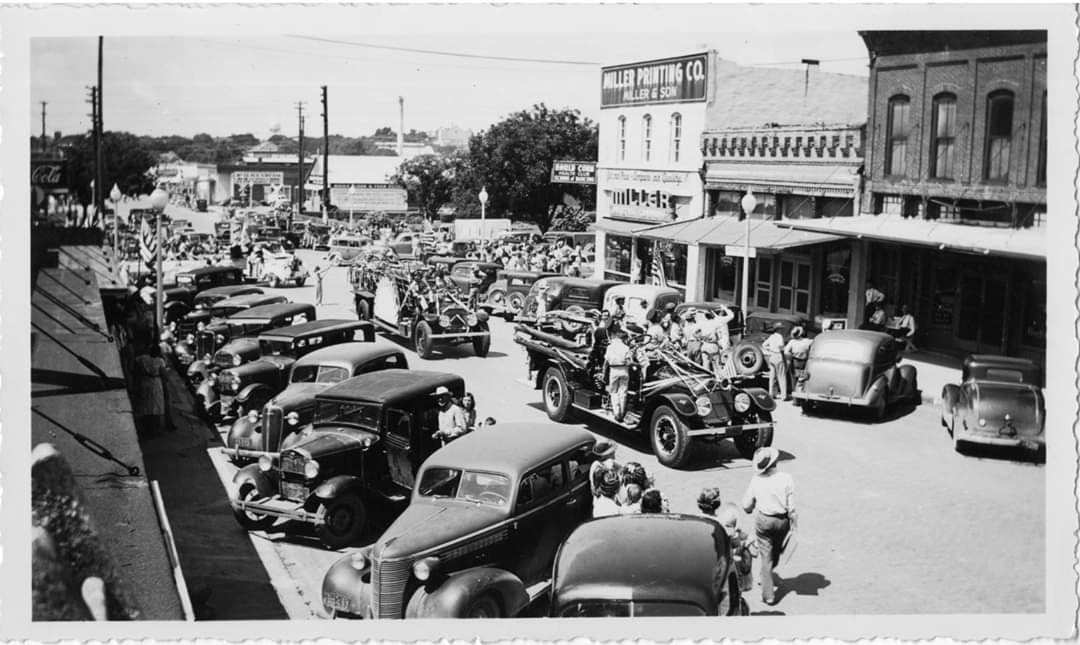 At center, the building that housed Miller Printing on 1st Street at Avenue B in downtown Temple still stands today. (Photo: City of Temple)

Unfortunately, Miller Printing did not fare as well as American Printing through the years. After the death of Raymond, Jr. in 1942, and that of Raymond, Sr. in 1951 at the age of 59, other family members attempted to operate it. A man from Houston purchased it, but by the early 1960s, the business was up for sale again.

While this could have been the end of the Miller Printing part of the story, we’re glad it wasn’t.

An ad in the Dallas newspaper for the small printing company caught the eye of J.W. Perry. He and his wife Ruth moved to Temple and purchased Miller Printing in 1962, setting the stage for their eventual purchase of American Printing just a few years later, a move that would continue the story through to the present. 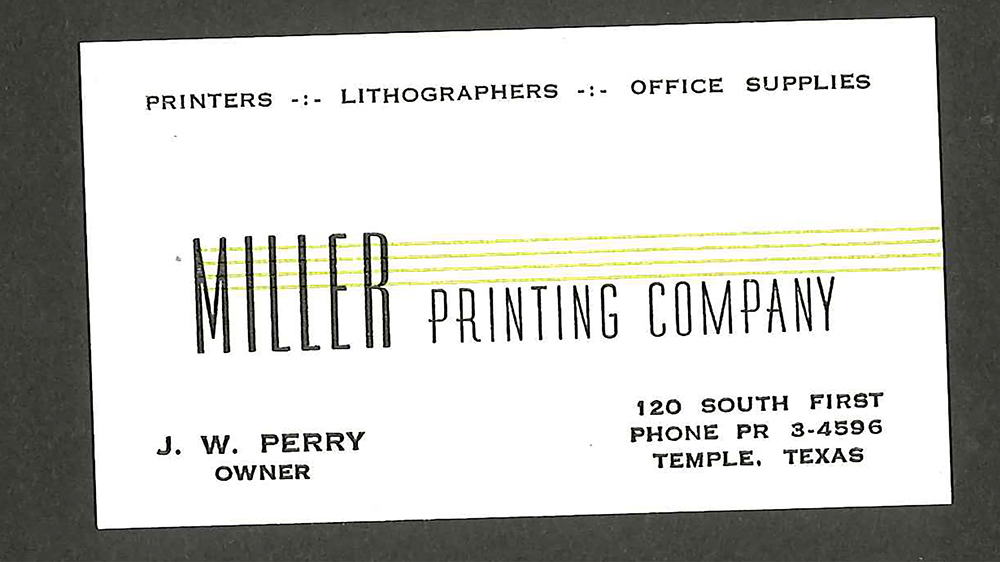 The Miller Printing business card after it was purchased by J.W. & Ruth Perry.

Miller and Baggett’s separation was a catalyst.

Were it not for Miller striking out on his own, there would have been no Miller Printing for the Perrys to purchase, and they may  never have come to Temple in 1962, or gained valuable experience that would set them up for the purchase of American Printing in 1966.

So, yes, the story of Miller Printing came to an end just 30 years after it had begun, but it played an important role in helping to ensure the continuation of the Perry Office Plus story. And for that, we are grateful.