Constructed in 1948 by the Temple Bottling Company, the building originally served as a Coca-Cola manufacturing, bottling, warehousing, and distribution facility for the Central Texas area. Groups like Boy Scouts and schoolchildren were given tours regularly.

Around 1980, the actual bottling of Coca-Cola in Temple stopped, but employees remained for delivery purposes. We hear from local residents often about having done this as a kid, standing out front and watching the glass Coke bottles move down the line.

Harry and Debbie Macey purchased Perry Office Products in 1995 and a decade later, the company had quadrupled in size. The office, distribution, warehousing, and retail operations were all spread out across multiple facilities in downtown Temple.

In 2005, to better manage the business and improve communication, the Maceys purchased and renovated the former Coca-Cola bottling plant on North 3rd Street, allowing them to consolidate the company headquarters, warehouses, and customer support call center into a single facility!

“Even though we’re all downtown, we might as well live in different towns,” Harry Macey said in an article for the Temple Daily Telegram about the purchase. “It’s so awkward to get into a vehicle and drive over to the warehouse to see what’s going on, etcetera.”

By converging into one facility, the whole business could be more streamlined and efficient. The Maceys left the exterior of the building relatively the same to preserve its history. Check out this postcard of the original plan compared to the building today! 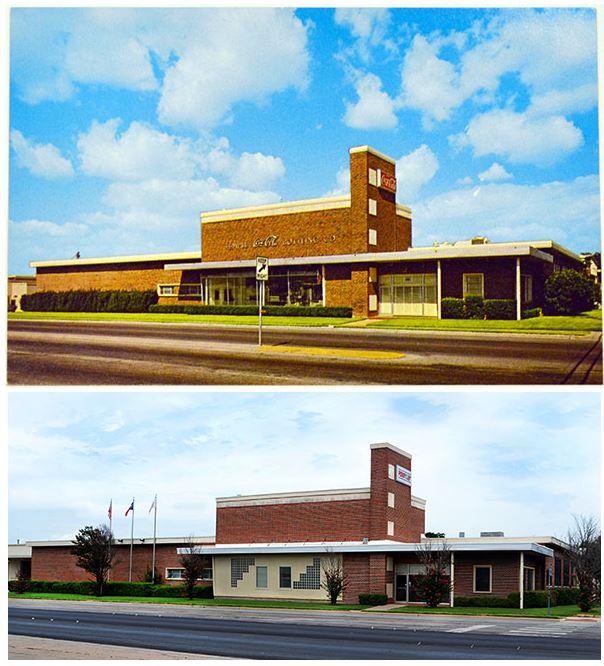 The interior, however, was heavily renovated. Most of the renovation included the construction of our offices, but along the back of the building, walls were built to enclose large storage areas for the company, and more loading docks were added.

We still have touches of history inside, though, including one of the seven large safes that were used to store bags of coins from Coca-Cola vending machines. It no longer functions so much as safe, since we don’t have the combination for it, but we do still use it for storage.

The old freight elevator was also left intact and is now used as a supply closet. 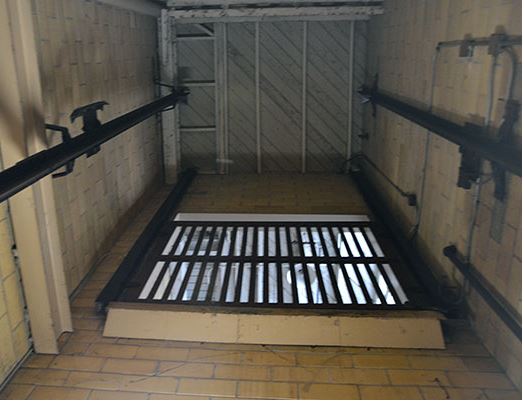 It’s fun having such a unique part of Temple’s history as part of the Perry story!